Sadly, the continuing uncertainty surrounding foreign travel, including the potential for sudden mandatory quarantine periods being imposed by the British Government at short notice on travellers returning to the UK, makes even the idea of running a Greece-only tour in September too complicated for the Society to contemplate. Therefore, it is with regret that I have to announce there will be no SCS battlefield tour this year. Instead, we plan to deliver the tour, with the itinerary already advertised, in September 2021.

If you are interested in joining the proposed 2021 Tour please contact aj.wakefield@talktalk.net to keep up to date with plans. 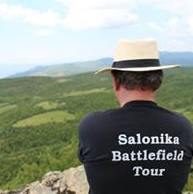