One of the more bizarre items in my Salonika-related post card collection is a dead mosquito, apparently captured in February 1919 and mounted on a post card.

My family still mocks me for buying it, but I think £5 was a small price to pay for a tangible reminder of something that had such an impact on the British Salonika Force and the campaign. There is also the thought – fanciful I know – that this Salaplonk Skeit might just be a descendent of the one that took my grandfather out of the war in 1917!

You can find out more about malaria in the First World War in a fascinating article on the Western Front Association website and in the volume of the Official History relating to medical services in the Macedonian campaign. 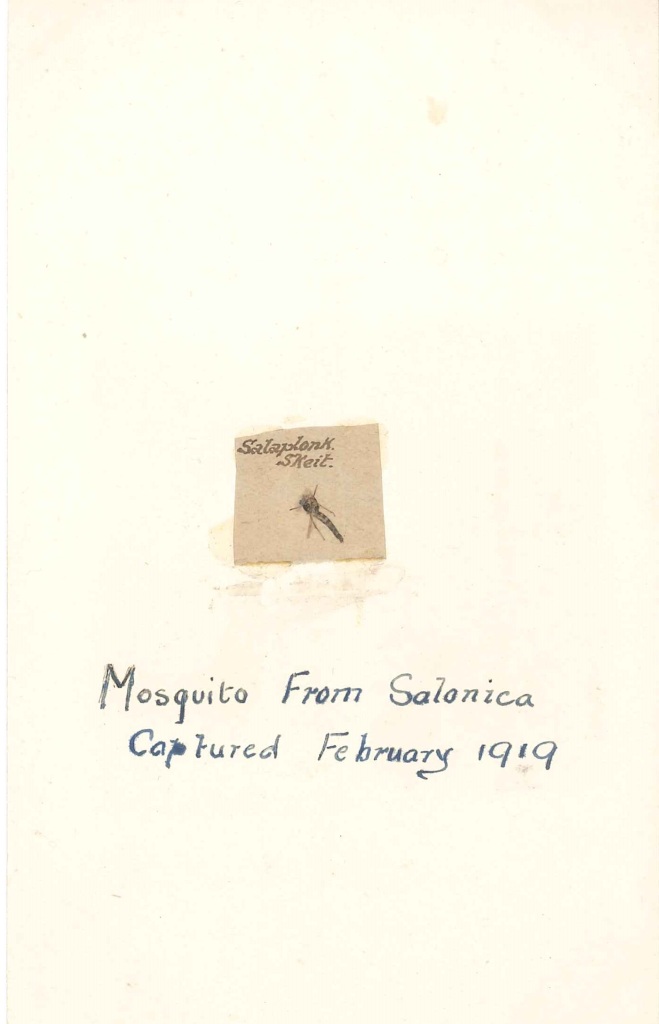