We talk quite a lot about mules in Salonika (or is it just me?), but I wonder how many of us have actually seen mules at work. There are mules in the UK – there is a British Mule Society after all – but until I met our adopted mule, Muffin, last year, I’m not sure that I had ever knowingly seen one. Whilst Muffin has worked hard for Redwings Horse Sanctuary for nearly thirty, it’s been in a fundraising and public relations, rather than a draught or pack role!

So what a delight it was to see lots of mules hard at work pulling carriages at Seville’s feria in the spring. I expected ladies in colourful dresses and lots of horses too, but to see beautifully turned out teams of mules was an unexpected treat. Here are just some of the photos I took … 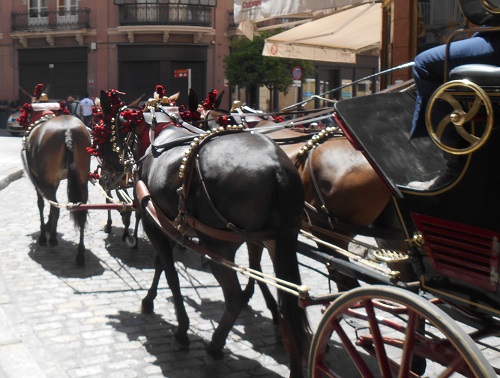 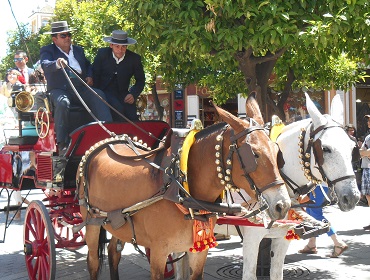 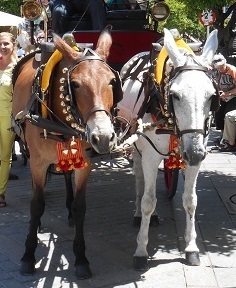 It would be a shame, though, not to include some real Salonika mules: